We're Getting Mutants in the MCU - The Loop

Killed when the plane crashes

Sasha Hoho (Rus Саша Хохо) was a Russian pilot of an Antonov 500 and Tamara's lover. Sasha and Tamara were romantically linked while she was in a relationship with Yuri Karpov, his boss. Sasha was killed when he crash-landed in China. He was played by Johann Urb. He was 40 years old when he died. 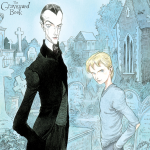