Dr. Lokesh is an Indian physicist, who worked with Satnam Tsurutani in the Nega Dang Copper Mine in India. They discovered that the sun was releasing massive amounts of neutrinos which were heating up the Earth's core, causing the events of the disaster. He is killed in the Nampam Plateau along with Satnam's family, his arm wrapped around Gurdeep as he stares at the incoming wave. 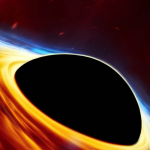